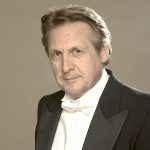 More than 110 years ago, several men, moved by the same artistic ideal, united their efforts in order to establish from scratch, a modest society. The project had only the value of a mere dream.

With courage, will and determination, they built stone by stone, note by note, what will become the « Schola Cantorum », very soon universally and more commonly called « The Schola » : the School.

Having proven its worth all along the XXth century, our school is one of the oldest private institution in the world and now belongs to the history of music. But beyond the legend and myth conferred by its rank, the Schola is above all, the testimony of a great and fascinating human adventure, making it an imperishable reality.

It is also a venture, one of the oldest in our country, which represents one of the most meritorious efforts of private initiative and the most fertile example of independence and liberty, which are essential to education and artistic creation.

Our tradition is inspired by the boldness of people that preceded us and we strive to ensure that our predecessors inherit from a tradition rooted in our own boldness.
At the dawn of the XXIst century, may we thus continue to harmoniously combine the past, the present and the future, in the privileged setting of the Schola, haven of peace transcended by the magic of its location.

To one and all, welcome to the Schola,